Preparing for my upcoming talks, I spent rather too much time creating this image using emojis.  There is actually no black sheep emoji, I got him elsewhere.

I presented on children imprisoned for playing at King’s College London as part of the panel Juvenile Criminals, the Horrible Child?

An Ancestor in Crime

Digitisation has opened up archival records to entirely new audiences, eager audiences. Material which sat on a shelf from one end of the year to the other, never or rarely requested, is now viewed and used by thousands of researchers across the globe. As part of the Digital Panopticon Project I am researching how family historians and genealogists use crime records in their research. How have the things they have discovered impacted the direction of their work, the story they tell and how do they integrate a criminal ancestor into their family’s story?

The Allure of a Criminal Ancestor

Listen to RTE Radio Documentary:  The Murder, Me & My Family Tree  in which Dylan Haskins finishes a journey started by his father to discover if he is a descendant of the ‘last man hanged at Wicklow Gaol’, James Haskins (?-1843).

Conor Reidy suggests that the lacunae in studies of juvenile crime in Ireland is the result of a simple ‘lack of awareness of primary sources’¹.  I would also suggest that lack of access, mis-cataloguing, and the daunting prospect of finding children in general records have also played a role in stymying research in this area.

Notwithstanding these obstacles the lack of engagement with primary sources has resulted in worrying statements which have not been, and cannot be, verified: ‘[t]he number of young offenders in reformatories decreased from the 1880s, and remained at less than 200 for most of the twentieth century’.²  The actual records of reformatories appear to be AWOL, or if they aren’t, there is an inexplicable wall of silence regarding their whereabouts.  The assumption is that they are in the archives of the religious orders who ran the original institutions (my enquiries regarding their survival were not successful).  But valuable records do survive, and have been made universally accessible through digitisation.

The digitisation and indexation of over three million prison records by Findmypast offers an exciting opportunity to examine the population of juvenile criminals imprisoned in the nineteenth and early twentieth centuries in Ireland.  Thousands of juvenile criminals are scattered throughout the general prison registers.

When dealing with originals or microfilms the task of identifying the individual entries relating to children from the general population of the prison was understandably too daunting to consider.  With digitisation databases can be created and those recorded as aged 17 or under can be easily extracted.  The system is by no means perfect, there are errors, omissions and duplications.  But instead of random tantalising glimpses, and taking inspectors at their word, I now have a database of over 65,000 names.

The details transcribed include name, age, birth place, residence, offence and the prison in which they were held.  A calculated birth year allows researchers to consider creating cohort studies.  Further valuable information can be gleaned from the images.    Details recorded include occupation, religion and level of education.  The registers also record a physical description of the prisoner including height, hair colour, weight and any distinguishing marks.

Digitisation also revealed hidden treasures obscured by miscataloguing: two specific juvenile registers for Grangegorman and Kilmainham which contain details of over 3000 juveniles, both male and female, aged 16 and younger imprisoned between 1855 and 1881.³  Listed as general registers in the archives catalogue their true value was obscured.  These specialised registers contain details about the structure of the childrens’ family not contained in the general registers.  The detail in these registers allows researchers to reconstruct something of the family of the juvenile offender.  A real boon in Ireland where true life course histories using census records are not possible.

These are exciting times for crime history in Ireland.  I will share my findings from these digitised records in future blog posts.

Over 2.75 million new crime records released by Findmypast this week. This incredibly large and exciting collection will be a real boon to researchers.  There are over 3.2 million records in total and they date from 1770 to 1935.  I look forward to delving into these records, and am only sorry that I won’t find any of my own family in them!

The collection includes the following records from The National Archives at Kew. 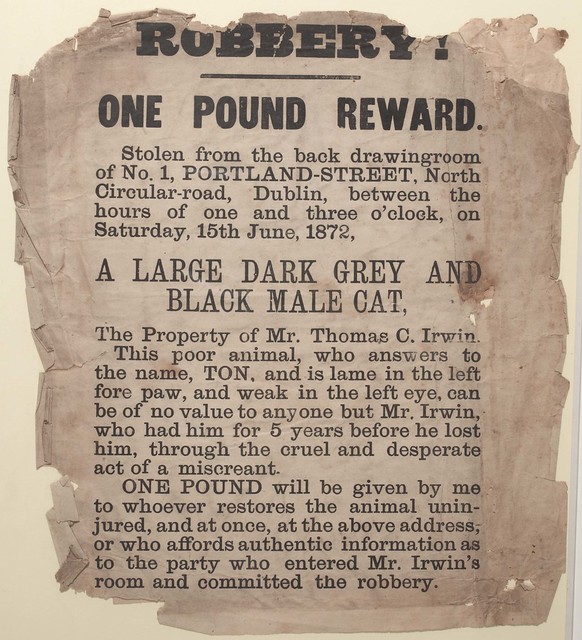 From late eighteenth century onwards newspapers were the premier medium through which ‘the vast majority of the… population gained most of their information about the prevalence of crime and the ways the criminal justice system was dealing with it’.¹   Historians have always recognised the value of newspapers, but dealing with the large bound volumes and delicate pages meant that overall they were underused.  Generally historians searched the better known titles, using dates of famous events to guide their searches.  Much remains to be discovered within them.

With digitisation newspapers have begun retaking their place in our knowledge of historic crimes.  Of particular interest to both historians and genealogists are the coverage of courts, the petty sessions, quarter sessions and assizes.  Court reports are lively and full of detail, often including names, addresses, occupations, ages and physical descriptions of defendants and witnesses.  While petty session records survive in their millions and have been digitised², newspaper reports are particularly valuable for cases heard at the higher courts whose records do not survive in Ireland.  Digitisation permits users to cross-reference stories across several publications, mapping reactions and the ebb and flow of a story in the press.  Digitisation also allows us to dip into newspapers and investigate a family name mentioned in a story.  It might be them after all… END_OF_DOCUMENT_TOKEN_TO_BE_REPLACED